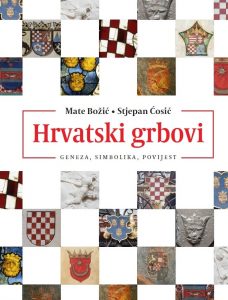 In the end of this February the newest monograph on Croatian historical land, national, and current sate heraldic symbols was issued. It is a richly illustrated work entitled “CROATIAN COATS OF ARMS Genesys – Symbolism – History”, co-authored by Mate Božić and Stjepan Ćosić. Extensive summaries in English and German were translated by Željko Heimer, proofreading by Mihaela Vekarić, graphical and text layout by Boris Bui, while the cover page design by Dejan Dragosavac Ruta. The book was reviewed by Mirjana Matijević Sokol and Danko Zelić. The publisher trio is composed of Croatian University Press, Faculty of Humanities and Social Sciences of the University of Zagreb and the Ivo Pilar Social Sciences Institute. 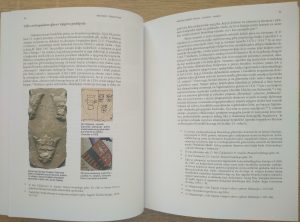 The book is a product of several years of research cooperation of its two authors. It was preceeded by a study on the same topic issued as “Emergence of Croatian Coats of Arms. Origins, History and Symbolism from the 13th until the 16th century” in the culture magazine Gordogan (nr. 35/36) in 2017. Since the study was well noticed and generally received favorably in the domestic historiography and heraldry circles, it may well be said that with the printing of this book the Croatian heraldic theory, and historiography as a whole, gains another important work, supplementing in essential sense recorded cognizance on this issue, but also providing some entirely new views to the formation process and symbolism of the Croatian land symbols.

The monograph is composed of 23 chapters with numerous illustrations, some being published and presented to the audience for the first time, adding to the works value. That is particularly true of a series of heraldic symbols depicted (and somewhere reconstructed) from various European armorial books, some produced very early, in the second half of the 13th century. Since those heraldic collections were digitized only in the very recent period, thus making them available to researches, this monograph appeared in just the right moment. On the other hand, it has been three decades since the standardization of the current coat of arms of the Republic of Croatia, which has been a sort of a guiding thread for the book. 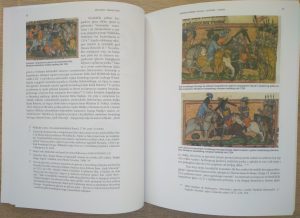 The work provides deeper knowledge on genesis and historical metamorphoses of the oldest symbol of the Croatian lands depicting the leopard heads (which appears in the state arms today), presenting significant changes in its attribution: from a personal coat of arms of the rulers of medieval Slavonia (i.e. the Kingdom of Croatia and Dalmatia with belonging lands) to the current historical coat of arms of Dalmatia. Several chapters deal with that extremely significant topic, while the heraldic series continues with chapters presenting the genesis and appliance of lesser known, but still quite important, medieval land arms of decorative (unofficial) significance depicting three running hound dogs and a hand with a sword, dagger or Orientalized scimitar.

The early Modern Age period of formation of Croatian land symbols provided stabilization of the well-known state arms of the Republic of Dubrovnik (today also an element of the stylized “crown” in the Republic of Croatia coat of arms, although in a quite particular appearance), and inception and formation of the regional arms of Istria, but also the first wider appearance of the chequered shield as an official symbol for the Kingdom of Croatia. Although this widely recognizable Croatian national symbol, particularly in the latest period, was unduly ascribed ever “more ancient” pre-heraldic origin, the arguments presented in the monograph lead to the conclusion that it is a coat of arms appearing only at the very end of the medieval and the beginning of the modern era, when we first find it in the available European armorial books. The genesis of the symbol is entirely accordant with widely accepted heraldic practices of stylized depiction of a wall/bulwark/fortification i.e. a rampart fashioned as chequy fields and has nothing in common with the colloquial interpretation as a “chess-board”. Quite contrary, the background of the emergence of these arms in the late 15th century is at the time very contemporary and much repeated parable of Croatia as “bulwark of Christianity” – in the context of anti-Ottoman struggle of European Christian lands. 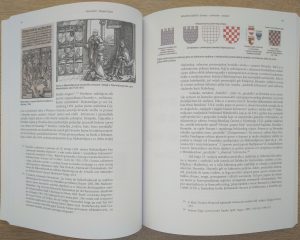 During the last decade of the 15th century, in parallel with the emergence of the Croatian chequy coat of arms, the public heraldic practice started using also the symbols with a marten between two rivers as the coat of arms of the modern-age Kingdom of Slavonia (the medieval “Slovinye”) – also appearing in the current state arms, in its current sense of the symbol of “modern Slavonian” (actually eastern Panonian!) region. Following the chapters of the two mentioned coat of arms, and the territorial re-attribution of the older symbols depicting the hand with sword and the leopard heads, the work continues with texts entirely new, in regard to the previously published study. These chapters cover the emergence of the so called Illyrian heraldry in the context of domestic heraldic sources (first of all the Korjenić-Neorić Armorial), and the first appearance of the Illyrian coat of arms with a crescent and star in the end of the 16th century.

Even if that design is presented in the state coat of arms today as the “oldest known Croatian coat of arms”, its genesis and application in the heraldic practices as a decorative (unofficial), and afterwards official land symbol, is much more complicated that it appears, including several phases: from a general symbol of a failed attempt of anti-Ottoman Reconquista of the Balkans around 1600 to a short-lived national symbol during the Illyrian movement in the middle of the 19th century. Finally, the envisaged historical symbol of idealized “Illyria”, through several transformations, survived all historical changes and (dubiously) took the initial spot of the stylized “crown” of the Republic of Croatia coat of arms. 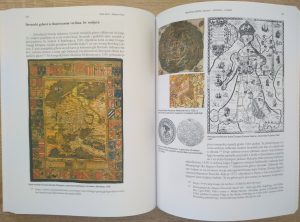 The second part chapters cover topics of reattribution in territorial meaning in various periods of the hand symbol wielding an Orientalized scimitar, in particular in the early Modern Age: from the Habsburg arms of pretense of Bosnia, over the arms of Littoral and Chumlia in domestic sources (including its possible derivation in a second variant of the Chumila emblem to the latter arms of Herzegovina) to the region of Rama. It is a coat of arms that was even attributed to Croatia, Dalmatia and particularly Slavonia at various points during the 16th century, but also to the Makarska coats and Hlivno – Livno. Following an extensive study of coats of arms used in Dubrovnik and its Republic, and deliberation on possible symbolism behind the formation of the arms of Istria, the monograph concludes with the phenomenon of merging of the arms of three kingdoms (Croatia, Dalmatia and Slavonia) and the proto-national heraldry immediately preceding the great anti-Ottoman liberation wars in the 17th century.